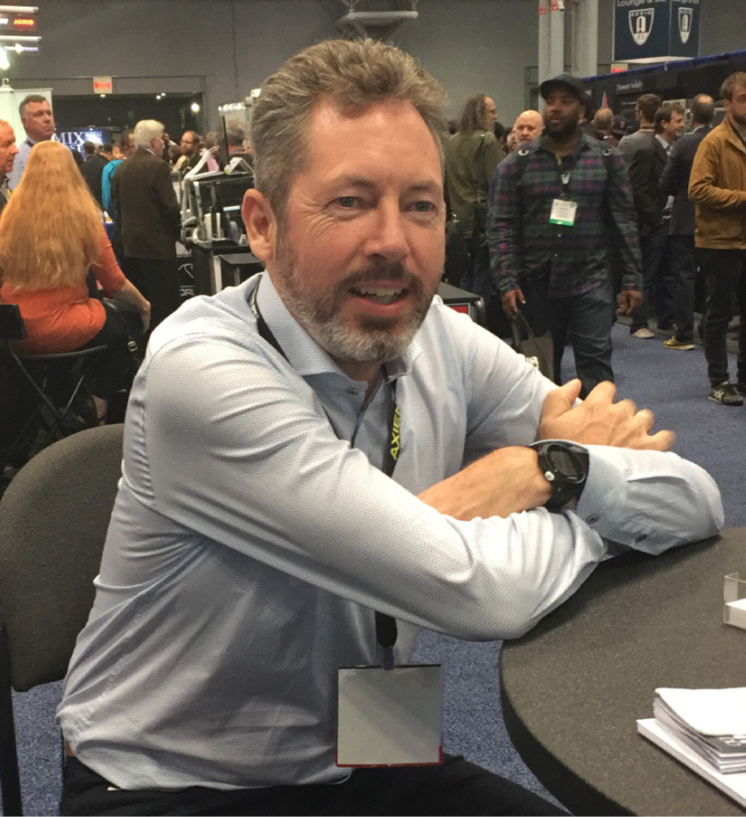 In this article, the author and founder of Sonoris describes how his company successfully created a range of solutions adopted by leading mastering studios and facilities around the world, and which are still powering all types of deliverables in current digital audio formats.

Sonoris, a mastering audio software house, develops high-end audio products for recording and mastering professionals. Our multiplatform software ranges from a complete line of audio plug-ins to stand-alone Disk Description Protocol (DDP) solutions, all of which you’ll find in mastering studios around the world.

Sonoris grew out of my love of technology and music. I have a degree in electronics and computer technology, but I’m also a semi-professional trumpet player. When it was time for college, I had to make the difficult choice between studying technology and going to conservatory for music education. Alas, I chose technology, but I was always looking for a way to combine the two.

I studied computers in a town in the north of the Netherlands, and at the end of college, I was lucky enough to get an internship with a company that specialized in high-end audio. I did a project about ultra-low-noise microphone amplification, which was great fun. From there, I spent 13 years at the Amsterdam-based electronics powerhouse Philips. The job was not music-related, but I got to work with very high-end equipment and gained priceless experience programming to high-level specifications and very strict tolerances.

During my years at Philips, I never lost my passion for music technology. In my spare time, I not only developed audio software for myself, but I began developing plug-ins for a DAW called SAWStudio. I got good feedback from SAWStudio’s loyal users and began to get requests for more and more plug-ins. Eventually, I quit my job at Philips and founded Sonoris.

That was in 2007, and the company is going strong with three main products: plug-ins, DDP software, and custom software.

From the beginning, my goal was to develop tools that are transparent, logical, and easy to use. That is, they should do the job without adding unwanted distortion or coloration of any kind, and they should come with an intuitive user interface.

At the time, simplification was a relatively new concept. There were a lot of companies developing plug-ins that were meant to look and act like popular analog outboard hardware, which, in my view, created unnecessary complexity and introduced room for error. My aim was never to emulate compressors, equalizers, and the like, with all their bells and whistles. Instead, I wanted to deliver transparent digital tools people could use alongside that hardware to enhance the music. That’s just what Sonoris software has become known for: digital tools that complement the audio hardware.

For example, many Sonoris clients use outboard hardware to shape the sound of a project and then use Sonoris software for last-minute refinement. That’s because they know that if they use a Sonoris equalizer, for example, it will not ruin the color they established with the hardware. Instead, they can just do some final touch-ups to the music without doing any harm.

Filling the Void for Affordable DDP Imaging and Playback

As I broadened the plug-in range for SAWStudio, I began to get requests from mastering engineers who needed an affordable way to create error-free DDP files, which lets them transfer audio masters to CD manufacturers without burning a physical CD master. At the time, there were only a couple software platforms that allowed users to create DDP files. Those platforms were quite expensive, and therefore, only accessible to big-budget studios and factories.

My answer was DDP Creator for Windows and Macs—a stand-alone, cross-platform DDP authoring tool I developed about eight years ago. It is much less expensive than the high-end platforms, yet it does all the same kinds of checks to ensure 100% integrity of the files. Compatible with virtually any DAW software on the market, DDP Creator lets users assemble a professional RedBook-compatible audio CD and then export it to a DDP 2.0 file set. Users love how straightforward and simple it is to use. You just drag audio files into the workspace; set the track order and adjust spacing; add metadata (e.g., title, performer, PQ codes, and ISRC), and when you’re finished, click “export.” That’s it.

Based on the success of DDP Creator, we developed a spin-off called DDP Player, which lets studios and their clients (artists) do a final check of a mastering project before sending the DDP files to the factory. It used to be that mastering studios had to upload master files in .wav format to an online folder, along with a separate file to show spacing and the relative levels between songs. From there, artists would have to download, preview, and approve both files. Now artists can do a final check of the sound quality and spacing all at once through DDP Player without having to mess with downloads and separate files. Studios appreciate that Sonoris can customize DDP Player with the studio’s branding and contact information.

Artists and companies such as Disc Makers have seen the business evolve through every medium, from vinyl to eight-track and cassette tape, and to current digital audio formats. Since I started Sonoris, the nature of music mastering and manufacturing has progressed rapidly toward digital, file-based transactions. In fact, right now I see the CD fading out in favor of streaming and compressed audio. CDs are still being pressed, but in much lower quantities. For example, today an artist might do a run of 500 CDs to have on hand during a performance, as opposed to pressing 10,000 CDs a decade ago to supply physical retail shops. I’m also seeing a resurgence of vinyl.

The DDP format is well-suited to all those media, so it’s not going away anytime soon. Whether you want to send an album to iTunes or have it pressed into vinyl, you can do it with a DDP file set because all the high-quality audio is included along with all the metadata.

As the industry evolves, so too does Sonoris software. Sonoris still creates plug-ins for DAWs and does updates of DDP Creator to make sure it stays in step with the industry. For example, with vinyl making a comeback, I intend to add features to DDP Creator with vinyl in mind. However, I don’t want to overload an existing product with features that don’t serve its original purpose.

I listen carefully to mastering engineers, whose feedback and feature requests are invaluable in helping us develop products that best fit the mastering workflow. I have a clear vision for all Sonoris software to be transparent and intuitive, so my litmus test is always this: Is it a logical feature that adds value without bloating the software or affecting its ease of use? If not, then I won’t add it to existing products. Instead, I keep it in mind for a new product.

Over the years, I’ve made a point of stressing accessibility and prompt support at Sonoris. Instead of filling out a trouble ticket and waiting for someone to deal with their issue, clients can always contact me directly to get one-on-one support—a benefit that is especially important for mastering engineers who work on tight deadlines.

Looking Toward the Future

I get plenty of requests for excellent new plug- ins or features, but I would rather develop a new product around a very good idea than to add it to an existing product when it doesn’t make sense to do so. That’s what is driving much of Sonoris’ product development today. As the industry evolves, mastering engineers face new challenges all the time and will need new tools to help them overcome those challenges. Sonoris is anticipating and preparing for those challenges now.

With the rapid pace of change in the past decade alone, I can only imagine exactly how the industry will look in another 10 years, but one thing is for certain: Sonoris has proven the premise that audio software tools don’t have to be elaborate, complicated, or expensive to be powerful and effective. We expect that premise to help us serve mastering studios of any size and budget well for years to come. Visit www.sonorissoftware.com for more information.